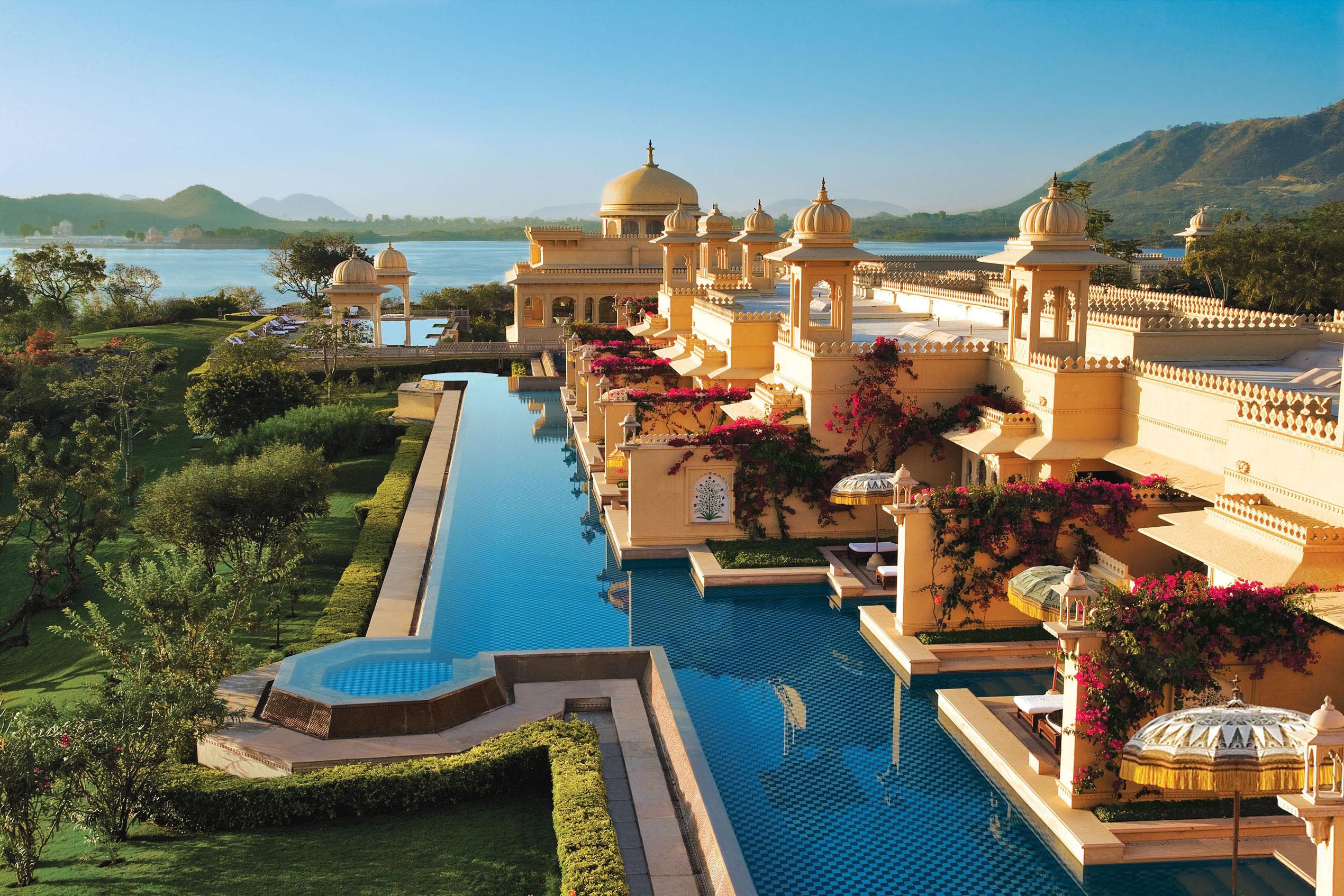 There are the hotels where you stop to sleep and those that you visit, in order to immerse yourself in a unique atmosphere. More or less luxurious establishments, with a fascinating history which, if they could tell us about it, would tell us beautiful stories about all the events they hosted and other personalities who one day decided to leave their suitcases there.

Some people don’t go to the hotel just to sleep there. Indeed, some see in the hotel industry the fascinating stories it conceals. These hotels, if they could speak, would tell us anecdotes that are worth seeing!

Stars, crowned heads as well as the rich and famous people find refuge there. These exceptional hotels where everything is luxury and service are the favorites of the international jet-set.

The History of Hotels

The hotel industry has always designated a place of accommodation and catering for traders and travelers. The history of the hotel industry begins with the creation of the first cities of Mesopotamia. In the old days, we used to talk about taverns. They were places that offer a drink to the traveler and very often accommodation. The concept of hospitality was a little more different among the Romans. We distinguished two kinds, Mansions or imperial hotels and diversorium also called public inns.

The birth of tourism and the evolution of the hotel industry

The hotel concept is changing in order to adapt to the increase in exchanges and promote human travel in cities. Hostels are gradually being replaced by hotels. From this moment, several other hotels will be created and one will even notice a transformation at the level of these last ones in order to satisfy a certain class of clientele. We will then see the first big hotels and monster hotels appear in London, New York and Paris. With modernization, we will see the appearance of the first seaside resorts where the first large luxury hotels and palaces will be built. A little discrimination will follow in relation to social status. We will then distinguish several kinds of hotels which will be classified in order to determine their clientele.

The reputation of the London Ritz is well established. Opened in 1906 Place Piccadilly, it has never ceased to welcome the greats of this world. Its Louis XVI style decoration gives it a little French provincial air. London personalities always take tea there.

Managed by César Ritz, before he became the founder of the hotels that bear his name, the Savoy in London is a 5-star palace with 230 rooms and many assets that have made the place the essential hotspot of the jet set global. Small funny detail: Savoy Court Street, which leads to the hotel, is the only one in the country where it is compulsory to drive on the right. This is a place which you must see at least one time in your life.

The hotel for rock stars and actors in Los Angeles. That of all excess too. Built in 1929, standing on Sunset Boulevard, this glitzy building saw Jim Morrison attempt to reach his bedroom window by jumping from the roof. Led Zeppelin also left some marks there, just like Britney Spears, who will also be kicked out. This is where John Belushi, the Blues Brother, dies of an overdose and it is generally the meeting point for all those who wish to give free rein to all their desires. Sofia Coppola’s film Somewhere takes place there almost exclusively.

Here again, the guestbook has as many famous signatures as there are stars in the sky. When a star goes to Morocco, she necessarily goes through the Mamounia, just to enjoy the 5 stars and the view of the Atlas mountains. Hitchcock shot sequences of The Man Who Knew Too Much there and visitors could just as easily meet Paul McCartney, Edith Piaf, Ray Charles as Nixon, Chirac or DSK.

Built in 1907 by a famous restaurateur, this luxurious Berlin establishment quickly attracts the attention of the greats of this world. Charlie Chaplin leaves his suitcases there, just like Joséphine Baker and Marlene Dietrich. The Allied bombs spared him when World War II broke out, but not the government of East Germany, which largely razed him. A new building inspired by the original is erected many years later to become the place where Michael Jackson hung his baby in the air in front of his fans.

It was in 1974, while staying in room 217, that Stephen King had the idea to start writing The Shining. It must be said that this is the most haunted hotel in the country. Ghosts are in every room. Nice guys and pranksters, who do a lot of creepy things and who have allowed the management to fully exploit a vein which still today ensures a high occupancy rate, whatever the season. Kubrick for his part chose another location (the Timberline Lodge in Oregon) to shoot his adaptation

On the Promenade des Anglais, the Negresco serves as a hotel as well as a monument, for tourists eager for history and anecdotes. A resort for the Rockefeller family, opened with great fanfare in 1913 in the presence of several crowned heads, it remains one of the most famous hotels in the world. More than 30 films have been shot there.

Rudyard Kipling and Joseph Conrad, the two famous writers loved to come to Raffles to enjoy the unique colonial architecture, as did André Malraux and other celebrities, lovers of luxury and pleasure. Classified as a national monument by the government in 1987, the Raffles still shines with just as much power and grace.

“I didn’t buy a building, I bought a masterpiece! “. When he proclaims loud and clear his love for the Plaza, Donald Trump may not suspect that he will sell it at a loss a few years later, before its value is revised upwards, before its renovation. We could see it in The Sopranos, Mom I missed the plane again or even Crocodile Dundee. It is often cited in the list of the most beautiful buildings of the Big Apple.

A short walk from the Louvre, designer boutiques and the Champs-Élysées, this opulent classic-style hotel in Paris’s 8th arrondissement represents the most chic of France. Landing at the legendary George V is to show that you are someone and that you have the means. Just like the museums in France, this and many other hotels must be visited at least one time in your life.

Standing 321 meters tall and designed to resemble a blown sail, this hotel in Dubai, United Arab Emirates offers incredible luxury and impeccable service. They even pick you up from the airport in a Rolls-Royce. It is the only hotel in the world to claim 7 stars.

Located in the middle of a lake in Rajasthan, this white marble palace was built in 1740. Former country residence of an Indian prince, it has retained its opulence. Its old-style furnished suites, terraces and spa have made it a romantic paradise for lovers who can afford it.

The most famous of Beverly Hills hotels, popularized in 1920 by Mary Pickford and Douglas Fairbanks. Some of Hollywood’s biggest stars live in the hotel all the time, many others have moved there for a while. This is the place to be seen on Sunset Boulevard.

An intimate palazzo, frequented by the rich and famous. Built in 1525, the Gritti Palace was the residence of the Doge of Venice, long before it was Ernest Hemingway‘s pied-à-terre. Located on the Grand Canal, the hotel offers luxury suites, including that of the doge, a splendor in the purest Venetian style.

Repeatedly acclaimed as one of the best resort hotels in Europe, Villa d’Este is housed in a 16th century princely residence on the shores of Lake Como in Lombardy. Its Renaissance gardens are magnificent.

The first inexpensive hotels appeared during the First World War. Less large, less well decorated, more reasonable, the Prince of Wales, the Georges V and the Bristol were none the less emblematic. It must be said that between the two great wars, the very first paid holidays encouraged the development of a more affordable hotel industry.

In 1949, France became the first tourist nation thanks to a major reconstruction plan. Yet nearly 30% of its hotels were unused. At the beginning of the 1960s, France was dethroned, the fault of hotels that were less comfortable, less hygienic than those in other major nations.

This explains why from 1965 new hotel establishments were created. From then on, chains, campsites, holiday villages, rural lodges and pleasure boats were legion. As for starred hotels, they continue to develop today to offer ever more efficient quality of service.

Finally, let us recall that the rapid expansion of the aeronautics industry has enabled hotels to accelerate their growth. The advent of low-cost airlines, the rise of online booking sites to the detriment of traditional travel agencies, the possibility of being able to rent a car at a lower cost have made travel more accessible, which of course benefits the company tourism industry as a whole.

The digitization of hotel offers

While the history and growth of the travel industry has always been exponential, it must be admitted that technological advancements have had a huge impact on the industry. For smaller brands, the evolution of new technologies is not always easy to grasp, but the tourism industry has no other choice but to adapt to the challenges of tomorrow.

However, the heart of the hotel business has remained as it is: while it is true that the wants and needs of 21st century guests diverge from those of the 18th century, the basic principle of accommodation remains the same, although modern industry incorporates more features and services to guarantee optimal customer comfort.

The 30 Most Beautiful Beaches In The World – Enjoy Your Vacation

The Most Beautiful Destinations For Your Honeymoon Around The World